Too much of everything is bad. That is why strict moderation in anything is required to be observed or else it would cause unwanted results.

Unfortunately, due to this stereotyped belief, many people were left to think that drinking beer and liquors will not bring anything good to anyone. They missed important things about health benefits that drinking beer can give, if and only if it is consumed in moderation.

The website Organic Facts by Organic Information Services has provided“unbiased information” about the health benefits that a consumer can incur in drinking beer.

The information provided that beer actually includes anticancer properties. A flavonoid compound called Xanthohumol is found in the hops commonly used in brewing beer. It has been seen to play a major role in the chemoprevention of cancer, including prostate cancer. According to Bio-medicine, beer is also a good source of polyphenols, due to the grains used for fermentation. Beer has been proven effective in fighting cancer, just like red wine.

Moreover, it helps in a reduced risk of cardiovascular diseases as beer contains vitamin B6, which protects against heart diseases by preventing the build-up of a compound called homocysteine. Beer has a thinning effect on the blood and prevents the formation of clots, which cause blocks in the coronary arteries. Moderate beer consumption also reduces the risk of inflammation, the root cause of atherosclerosis, which is cholesterol and plaque building up on the blood vessels and artery walls. Beer likewise contributes in an increased bone density. Moderate beer consumption is shown to increase bone density, thereby preventing the risk of fractures and osteoporosis.

It also helps in the prevention of anaemia especially because beer is a good source of vitamin B12 and folic acid, a deficiency of which may lead to anaemia. Vitamin B12 is also essential for maintaining normal growth, good memory and concentration.

Drinking beer also contributes to the reduction of hypertension. In point of fact regular beer drinkers have been found to have lower blood pressure, compared to people that consume similar amounts of wine or other spirits.

It is proven that beer helps in the prevention of diabetes. Studies have linked moderate beer consumption to a lower prevalence of type 2 diabetes. Beer also has anti-ageing properties that increases the potency and impact of vitamin E, which is a major antioxidant in the body. It is an important part of the maintenance of healthy skin, while also slowing down the ageing process.

Unknowingly, beer actually helps in treating gallstones in the gallbladder. Regular consumption of moderate amounts of beer affects the cholesterol levels and decreases bile concentration, leading to a reduced risk of developing gallstones.

Consumption of beer actually helps in the diminution of kidney stones and osteoporosis. It is for the reason that beer has been found to be high in potassium and low in sodium. It is a rich source of magnesium, which results in a reduced risk of kidney stones. The silicon present in beer is also readily absorbed by the body, further explaining the protective effect of beer against osteoporosis. Also, beer helps in the prevention of dementia and coronary disease. Beer consumption also boosts the level of “good cholesterol” by 10-20%, thus reducing the risk of dementia and cardiovascular diseases.

And last on the list is that is aids in the digestive system, because beer is shown to possess a number of digestive properties, which include the stimulation of gastrin, gastric acid, cholecystokinin and pancreatic enzymes.

Drinking beer can actually contribute to the promotion of overall health, if only it is done in moderation. Moderate levels of consumption also ensure that the calorie intake from beer does not affect the health adversely. It is necessary to remember that excessive drinking of beer leading to addiction is highly dangerous to health and can negate any and all beneficial effects.

Beer distributors online provide specific information about the alcohol content of each product as to inform the buyers about its possible intoxication effect.

Diet plan options: Should I go for a gluten-free diet? 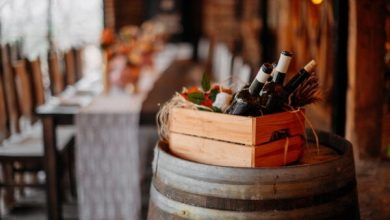 The Top Qualities to Look for in an Alcohol Delivery Service